Frontline Ltd. (“Frontline”) (NYSE:FRO) is a world leader in the international seaborne transportation of crude oil. On August 23, 2019, the company announced that it had agreed to acquire ten Korean 2019-built Suezmax tankers from Trafigura. To gain earlier exposure to shipping rates, Frontline agreed to time charter all the ten vessels from Trafigura until closing of the acquisition at a daily rate of approximately USD 23,000.

Robert Hvide Macleod, Chief Executive Officer of Frontline Management AS commented: “The structure of the transaction creates an immediate impact to our earnings at a time when we expect freight rates to increase significantly.”

According to Deutsche Bank transportation Amit Mehrotra, Frontline is “levering up ahead of the IMO [2020] catalyst.” However, the U.S. Treasury announced on September 25th that two affiliates of COSCO Shipping, COSCO Shipping Tanker (Dalian) Co. and COSCO Shipping Tanker (Dalian) Seaman & Ship Management Co., had been added to the Office of Foreign Assets Control’s (OFAC) designated nationals and blocked persons list for violating sanctions on Iran. The US Treasury Department pointed out that the sanctions on the COSCO affiliates would not apply to their parent company COSCO Shipping. 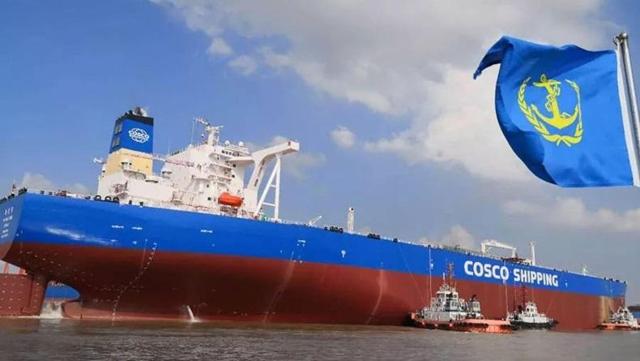 The U.S. sanctions on COSCO shipping reduced global VLCC supply by about 5%, causing VLCC rates to spike 74% week-on-week and up 239% month-on-month as of October 4th, according to Clarksons Platou Securities. Occidental Petroleum (OXY) paid a record-setting $13.25 million to carry oil from the U.S. Gulf Coast to South Korea, Reuters said Monday. The ship is scheduled to depart November 20th.

Since COSCO was sanctioned on September 25th, FRO’s stock price has appreciated by about 27 percent. Frontline has estimated that about 60 VLCCs will be added to the global fleet over the next 16 months. These additions may provide undercut support for tanker rates as they occur. Also, sanctions on Iran may be lifted since the U.S. and Iran have voiced broad agreement on a French plan for a new nuclear deal. Such a development could also lead to sanctions being lifted on COSCO.

Crude exports from the USG to Asia that use the Cape of Good Hope route travel about 2.4 times the distance as Middle East exports to Asia. Therefore, the spike in tanker rates may result in lower U.S. crude oil exports. On October 4th, Argus said that there was “a limited export arbitrage as U.S. sanctions against affiliates of COSCO helped elevate freight rates from the U.S. Gulf.”

FRO expected tanker rates to rise due to the IMO 2020 regulation which goes into effect January 1, 2020. But the unexpected sanctions, which suddenly and unexpectedly eliminated 5% of tanker capacity, rewarded the company for increasing its exposure to tanker rates just one month before in August. It helps to get lucky.

Are you pleased with your energy sector returns?

To guide investors who are interested in profiting from outstanding opportunities in the energy sector, I provide a service on Seeking Alpha’s Marketplace oriented toward individual investors, Boslego Risk Services. A long/short Model portfolio is continuously updated, along with on-going analysis of the oil market.

I am now accepting new members to Boslego Risk Services and invite you to sign-up. There are monthly and annual pricing options as described here. You may also read reviews posted by members here.