Downside risk will continue to outweigh upside potential. However, there is enough cold in the forecast over the next couple of weeks to keep prices with a range and above the $2.10 level.

On Thursday, the United States Natural Gas ETF (UNG), which is the unleveraged 1x ETF that tracks the price of natural gas, finished lower 1.56% to $18.87.

Inventory build of 98 BCF neutral coming in line with trader consensus of 97 BCF; Stockpiles closing in on five-year average 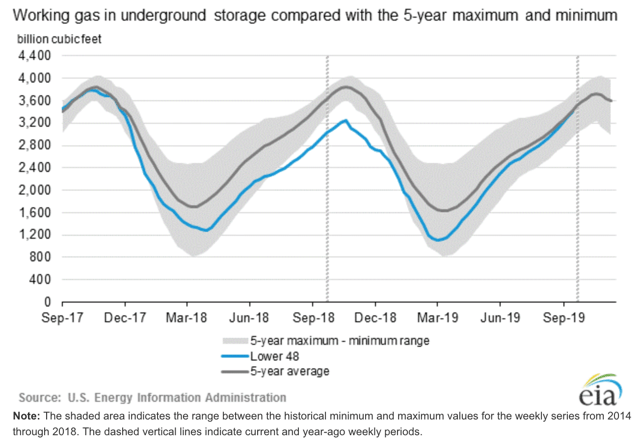 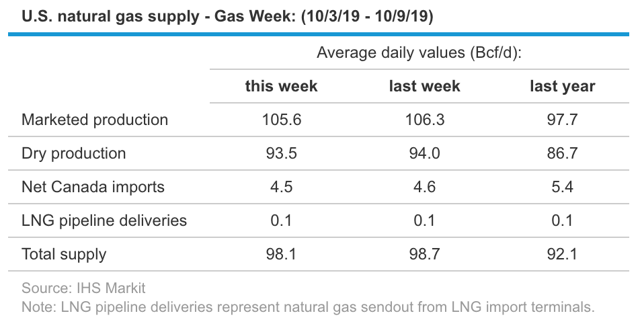 Figure 5 below is a table breakdown of Thursday’s EIA natural gas demand report for the week ending October 9. 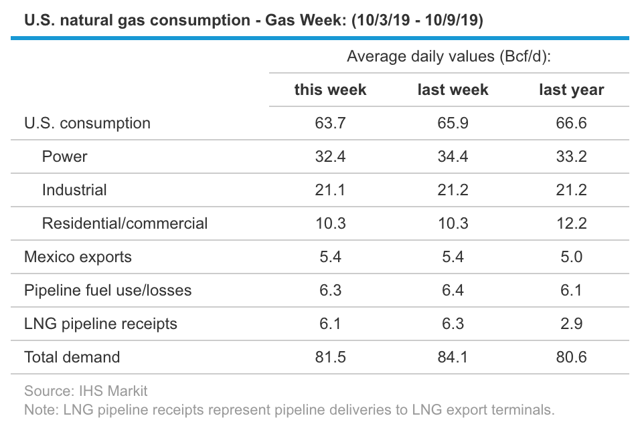 Figure 6 below is a graph showing the natural gas supply/demand balance over the past year. 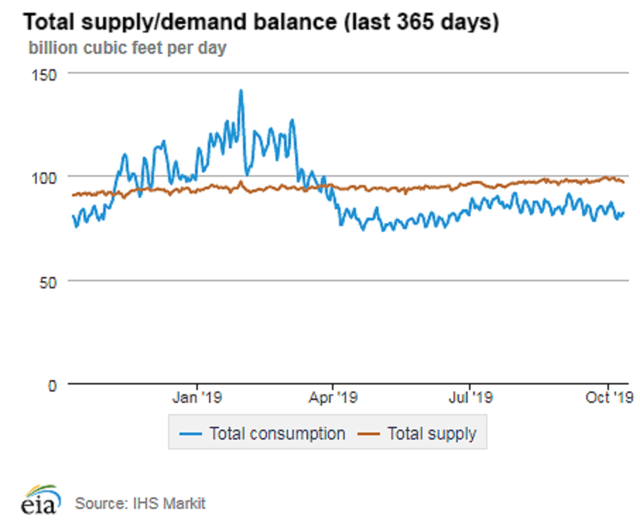 Significant change to the pattern ongoing across the central U.S. as a wall of cold air behind a sharp and strong cold front advances eastward; pattern remains in a progressive state as another cool/cold shot comes in quickly behind this one before the pattern warms before potentially turning cooler again late October

Despite a historic winter storm with record cold temperatures that’s pummeling the interior West and Northern U.S., and forecast models showing mixed signals in the 11-16 day time frame, the weather outlook overall over the next couple of weeks remains bearish.

Currently, we have a sharp and strong cold front over the Mississippi River racing eastward that’s bringing and will continue to bring dramatic temperature changes across the central U.S. To put things in perspective on how strong the cold front is, temperatures are falling 10-15F degrees in less than an hour with many locations behind this front being 30-40F degrees cooler than 24 hours ago. Figure 7 below is a national temperature map showing the widespread cold across the western half of the country and a sharp demarcation between the cold and warm air mass along the Mississippi River into Texas as the cold front races eastward. 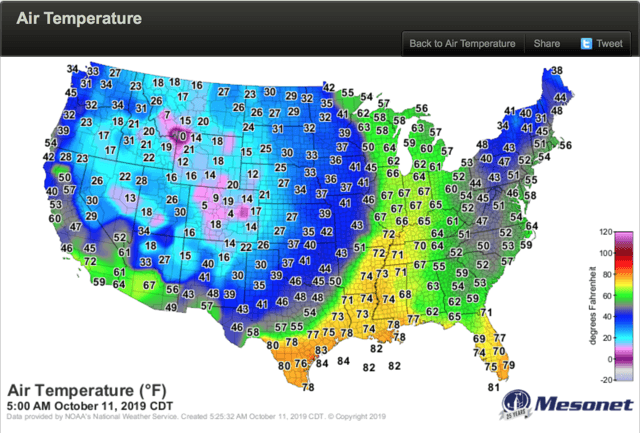 Figure 8 below is a map showing the national temperature anomalies and temperature extremes across the middle of the country. Here you can also see where the cold front is separating the cool air mass from the warmer air mass as it moves east. 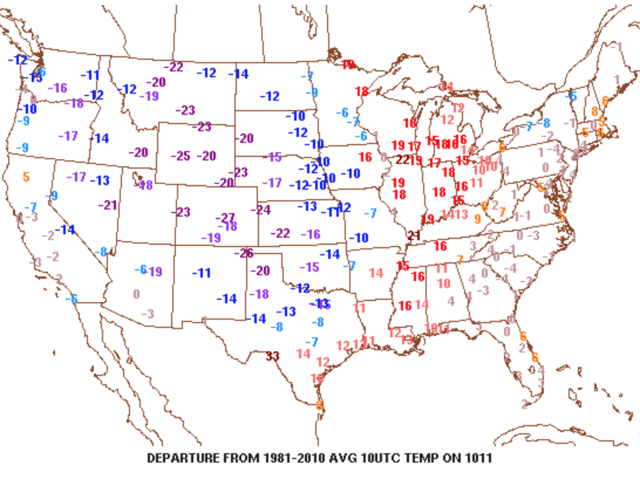 Similar to Figure 8, Figure 9 below is a national map showing the change in temperatures over the past 24 hours and temperature extremes across the middle of the country. Here you can also see where the cold front is separating the cool air mass from the warmer air mass as it moves east. 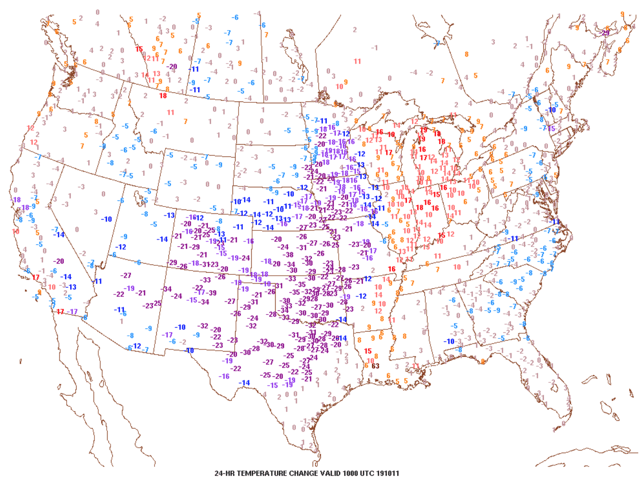 Figure 10 below is an image from the 0z GFS depicting widespread freezing/sub-freezing temperatures across the middle of the nation from the Rockies to the Plains to the western Midwest by Saturday morning. 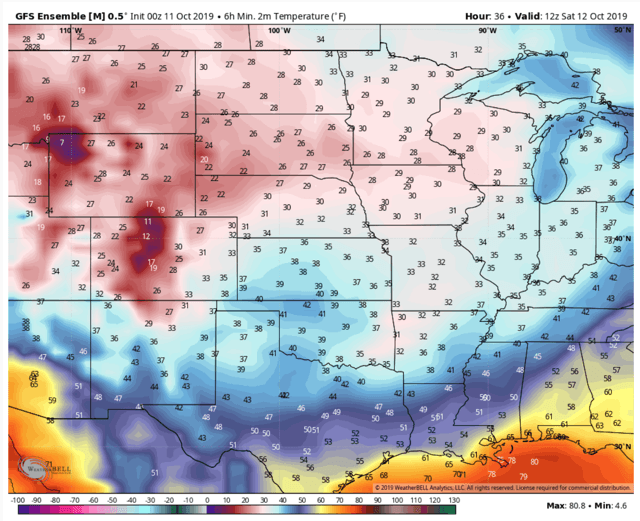 Freeze warnings have been issued across several states from the Upper Midwest to the central/southern Plains into the Southwest U.S. (from Wisconsin to as far south as Texas to as far west and Arizona). This cold front is associated with a powerful storm system currently centered over North Dakota that’s bringing potentially historic snows of more than 2 feet across the Dakotas and record-breaking cold temperatures across the Rockies and Plains. This storm system at the surface is expected to occlude, become a closed low, and stall over the northern Plains/Upper Midwest through the weekend allowing for the cold temperatures to linger through the weekend into early next week. Aloft is a formidable deep closed low that will slowly move northeastward from the northern Plains/Upper Midwest to the James Bay this weekend through early next week.

With that, the next five days will feature cooler-than-normal temperatures across much of the country, but centered over the north-central U.S. (northern Plains/Upper Midwest). Figure 11 below is a map from the 0z GFS ensemble depicting the 1-6 day (October 11-16) temperature pattern. 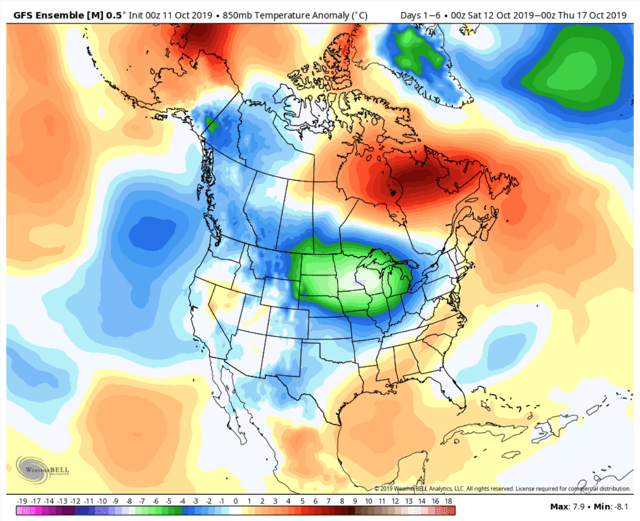 Early in the 6-11 day time frame (October 17-22), we’ll see transient cool air over the East U.S. late week (Thursday and Friday). At the same time, warming temperatures will develop over the central U.S. early in the period and expand eastward to include the eastern half of the country through the rest of the 6-11 day period. Meanwhile, another upper level trough will drop southward out of the Gulf of Alaska into western Canada and the western U.S. This will bring yet again cooler temperatures across the western states during the period. Overall, we’ll see a cool West U.S. vs. a mild/warm East U.S. during this time frame. Figure 11 below is a map from the 0z GFS ensemble depicting the 7-12 day (October 17-22) temperature pattern. 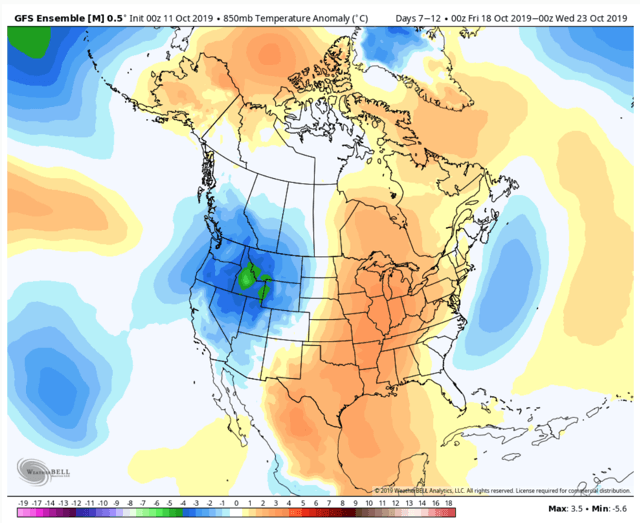 In the 11-16 day time frame or late October (October 21-26), cold risk shifts to Canada, and the northern and central U.S. as upper level troughing develops over central and eastern Canada. Forecast models have recently trended cooler across the northern, central, and eastern U.S. and have come into better agreement with this idea. Figure 12 below is a map from the more aggressive 0z GFS ensemble depicting the 15-16 day (October 25-26) temperature pattern. 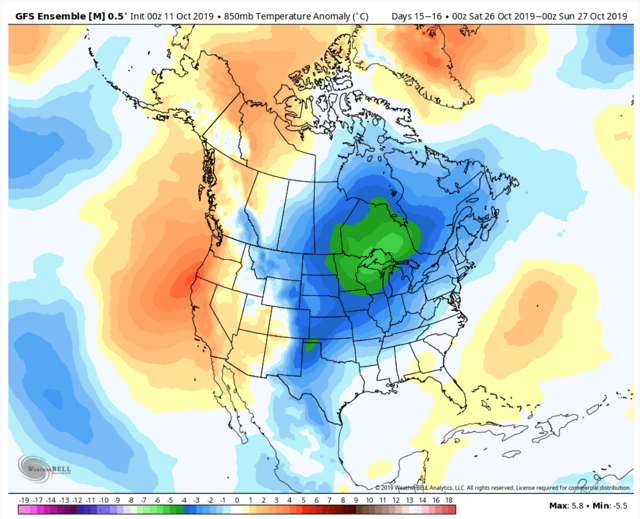 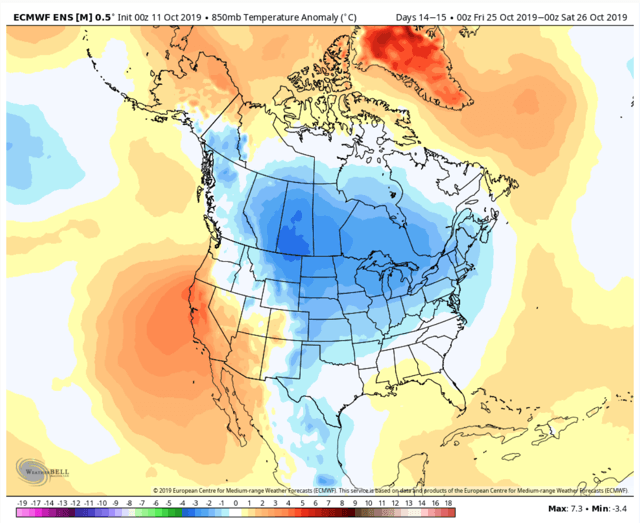 From an energy trading standpoint, the weather pattern over the next 10 days or so will be bearish. National demand will be elevated (above normal) over the next five days with cooler temperatures drawing heating demand over much of the country. However, despite the cold temperatures that will encompass much of the country over the next five days, the coldest of temperatures will be located over the interior and north-central U.S. (areas that are not densely populated). This means that upside potential will be limited over the next five days. In the 6-11 day time period, temperatures are expected to warm across the central and eastern U.S. decreasing demand and keeping upside potential limited. Forecast models have trended colder in the 11-16 day time frame thus resulting in an increase in demand. However, it appears that much of the cold will be located over Canada and the northern and central parts of the U.S. (again areas with lower population) which will keep upside potential limited.

So overall, the next couple of weeks remains bearish with downside risk outweighing upside potential. Though there is not enough cold air/demand to trigger or sustain a rally, there is enough cold in the pattern over the next two weeks for prices to hold within a range and above the $2.10 level. 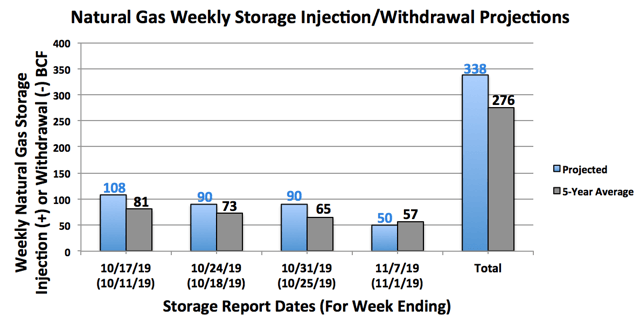 Figure 15 below is the observed or current natural gas inventory level and my forecast levels over the next four weeks vs. the five-year average. 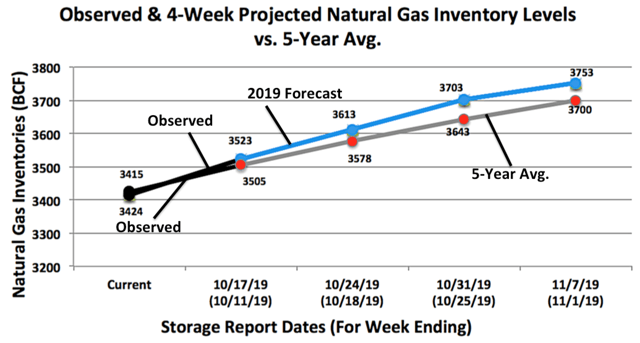 Figure 16 below is the observed or current natural gas inventory level and my forecast levels over the next four weeks vs. the five-year average.